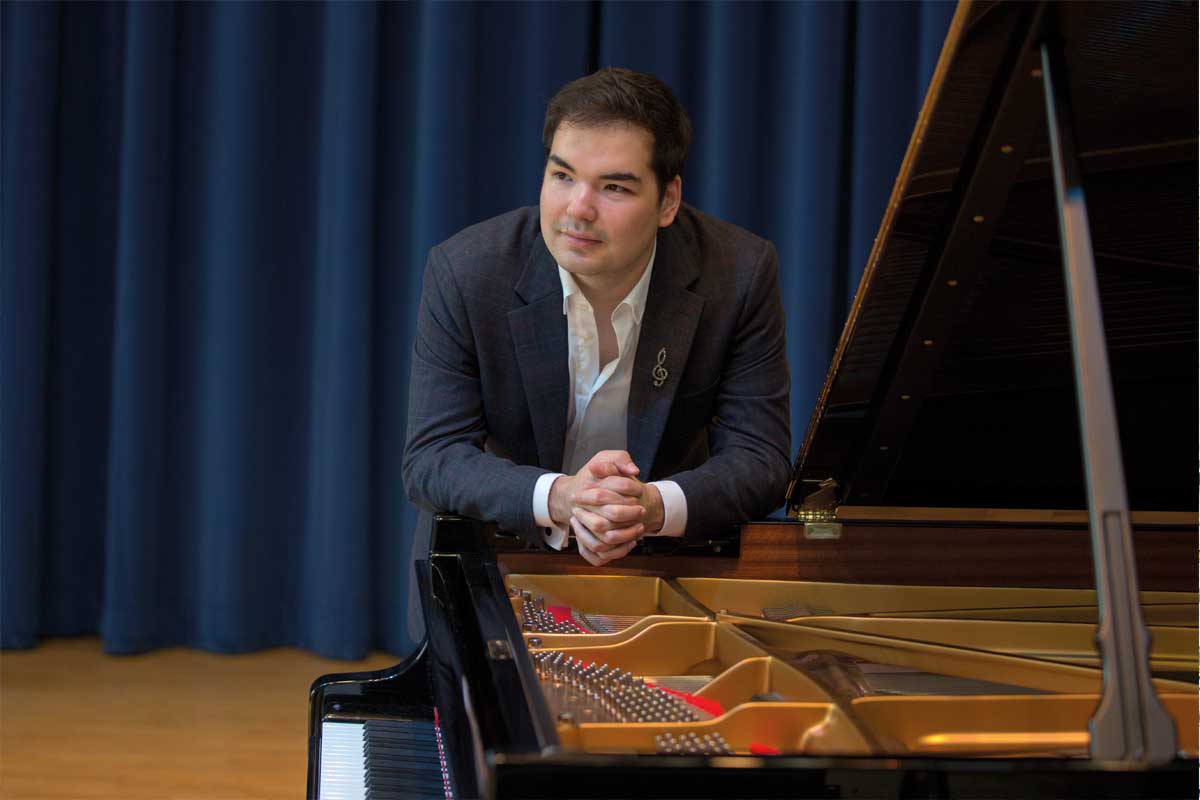 The remarkable pianist Alim Beisembayev won first prize at the 2021 Leeds International Piano Competition, following in the footsteps of such great artists as Murray Perahia and Sir Andras Schiff.

Born in Kazakhstan, Alim studied at Purcell School and is currently completing his Masters at the Royal College of Music. He has already performed with many major orchestras and given recitals at the Wigmore Hall and Southbank Centre, as well as here in Deal.

Together with the remarkable young musicians from The Purcell School he will perform Beethoven’s Emperor Concerto.

The concert includes a performance of The Nelson Mass which many regard as Haydn’s greatest liturgical mass composed in the darkest days of the Napoleonic Wars. At the time of the first performance, news reached Austria that Nelson had defeated the French Navy at the Battle of the Nile and his name was borrowed for this great choral work.

In memory of John Georgiadis