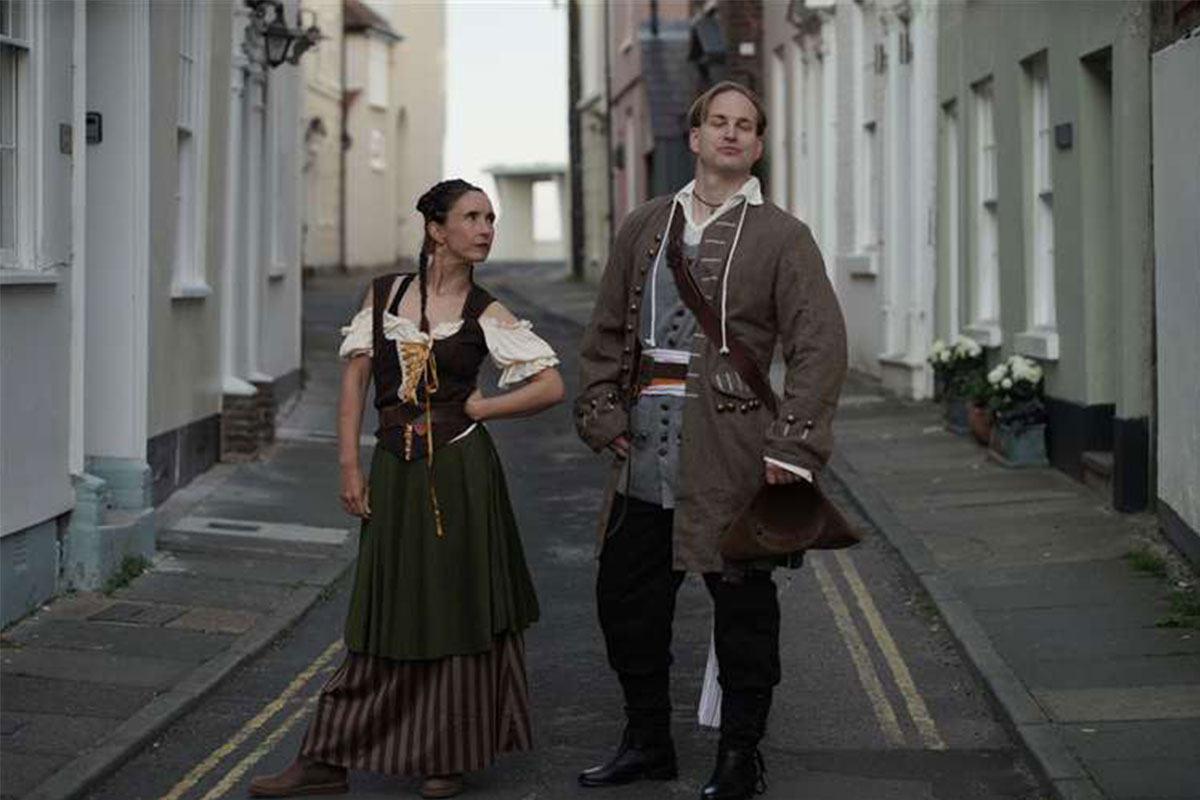 Come and see another side of this historic seaside town

A theatrical romp through Middle Street performed by The ReShake Theatre Company.
Named Dastardly Deal, the performance sees characters Betty and Billy show their audience around their infamous smuggling town starting and finishing near The Royal Hotel on the seafront.

Lizzie Willis, who co-directs ReShake Theatre with Doug Gardiner, said: “This show has been so much fun to develop and we hope it gives you a sense of Deal’s rich history in addition to providing plenty of laughs.”

“The joy of this show is that it is very exclusive – numbers are limited – and you will feel a part of the action.”

These performances are being staged especially for this year’s Deal Fringe Festival before ReShake Theatre move on to developing new projects for the future.

Book online with the Astor
Reserve from the Festival Office